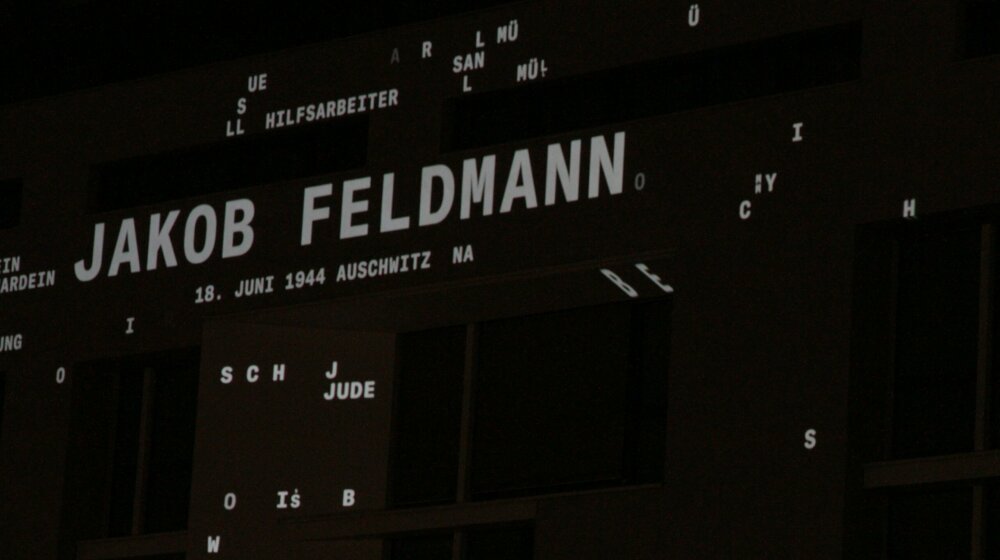 The Feldmann family from Oradea in Romania was torn apart forever by the Holocaust. It was not until the war had ended that Jakob Feldmann and two of his siblings were reunited and learned the sad news about the fate of their father. His mother, his grandparents, and two other siblings were also murdered.

Jakob Feldmann was born on August 23, 1927, in Oradea, known as Großwardein in German. He and his five siblings grew up there in a Jewish family. In those days, about a quarter of the city’s population were Jews. His father, David Feldmann, was a merchant. When the territory surrounding this city in northwestern Romania fell to Hungary in the summer of 1940 under pressure from the German and Italian governments, antisemitic policies also began to affect the family of 13-year-old Jakob Feldmann. In Hungary, increasing numbers of anti-Jewish laws based on the Nuremberg Race Laws had been passed since 1938. However, the Hungarian government refused to hand over the Jewish inhabitants to the Germans at first.

But this all changed when Hungary was occupied by the German Wehrmacht in March 1944, and the situation worsened once more. On May 5, the Feldmann family had to move to the Oradea ghetto, which was the second largest ghetto in Hungary and terribly overcrowded. About 15 people had to share a small room. The deportations began just a few weeks later. With the support of the Hungarian authorities, the German occupying forces deported over 430,000 Jews to the Auschwitz-Birkenau concentration and extermination camp between May and July 1944. The SS murdered most of them in the gas chambers immediately on arrival.

The family is torn apart

Between May 23 and June 27, 1944, the Jews from the Oradea ghetto, about 35,000 people, were also deported to Auschwitz-Birkenau. The ghetto was divided into sectors for this purpose, so that transports of 2,500 to 3,200 people could be organized for each one. Jakob Feldmann’s family probably lived together with his grandparents in very cramped conditions in the ghetto, so that the entire family was sent on one and the same transport. Jakob’s elder brother Shmuel was not with the family at the time. When the transport reached Birkenau , the SS subjected the new arrivals to a selection procedure on the unloading ramp. Men and women were separated. Elderly people, mothers with children, and people who were sick or weak were sent directly to their deaths. Only a few were picked out as so-called depot prisoners to work in the armaments industry as forced laborers to support Hitler’s war effort.

The selection procedure in Auschwitz tore the family apart forever. Documents in the Arolsen Archives contain the following information: Magda Feldmann, Jakob’s sister, was sent to the Riga Kaiserwald concentration camp for forced labor. Jakob and his father David were registered in Dachau concentration camp on June 18, 1944, before they were transferred to the Munich-Allach sub-camp, camp Karlsfeld, as slave workers. Together with thousands of prisoners and forced laborers, they were put to work there building aircraft engines for BMW.

The names of his mother Fani and his grandparents Moses and Reise and the names of his other siblings are not mentioned in the documents. It is very probable that they were very murdered in the gas chambers immediately on arrival or that they died as a result of the terrible conditions in the camp.

In February 1945, father and son were sent to the Mühldorf forest camp, where the prisoners had to live in earthen huts. This is where Jakob was finally separated from his father. The SS put David on a death train along with 4,000 other completely debilitated prisoners. The odyssey through Bavaria lasted five days. On April 20, 1945, the U.S. Army found the freight train full of corpses and half-starved prisoners in Seeshaupt and tried to save the survivors. For David Feldmann, the rescue came too late: he died a few days after the liberation and was buried on the Seeshaupt lido.

Jakob, meanwhile, was no longer in Mühldorf, but had been taken back to the main camp in Dachau. He was there on April 29, when US troops liberated the camp. Weakened and visibly marked by his imprisonment, the 17-year old was initially cared for in Dachau before being transferred to the hospital run by the International Refugee Organization in St Ottilien. From there, he was sent on to the Displaced Persons camp in Feldafing.

His sister Magda, who had been held in the Riga Kaiserwald and Stutthof camps and the Leipzig-Schönau sub-camp of Buchenwald, had also survived and returned to Oradea. Jakob went back there too in search of members of his family. Jakob’s brother Shmuel had also survived. He emigrated to Israel, followed by his sister Magda some time later. In 1946, the siblings submitted an inquiry to the Allied tracing offices in an effort to find out about their father’s fate. But it was not until November 1950 that the ITS (now Arolsen Archives) was able to provide them with information about the circumstances of his death.