So that we never
forget their names 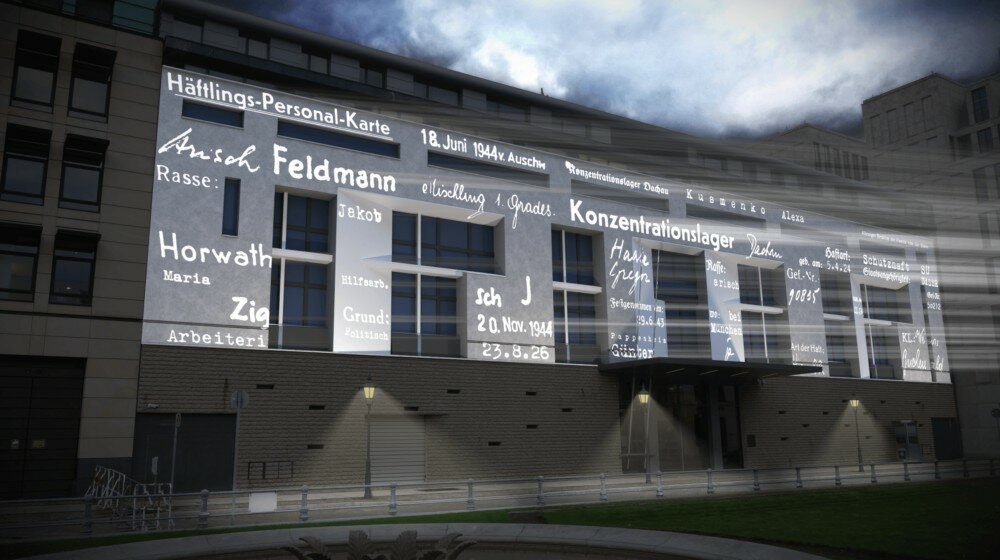 The media installation that was projected onto it is dedicated to the victims of National Socialism and appeals for support in the #everynamecounts crowdsourcing initiative. So far, we have been able to show it in Berlin and Düsseldorf.

The evocative multi-media installation first shown on January 27, 2021, to mark International Holocaust Remembrance Day transformed the facade of the French embassy in Berlin into a huge screen and brought remembrance into the here and now. The names of victims of Nazi persecution were projected onto the Berlin cityscape and into the public consciousness, along with the #everynamecounts crowdsourcing initiative. From January 26 to February 4, 2022, it can be seen in Düsseldorf on the LED screen of the North-Rhine Westphalian state parliament. The installation appeals to the public to support the #everynamecounts project. 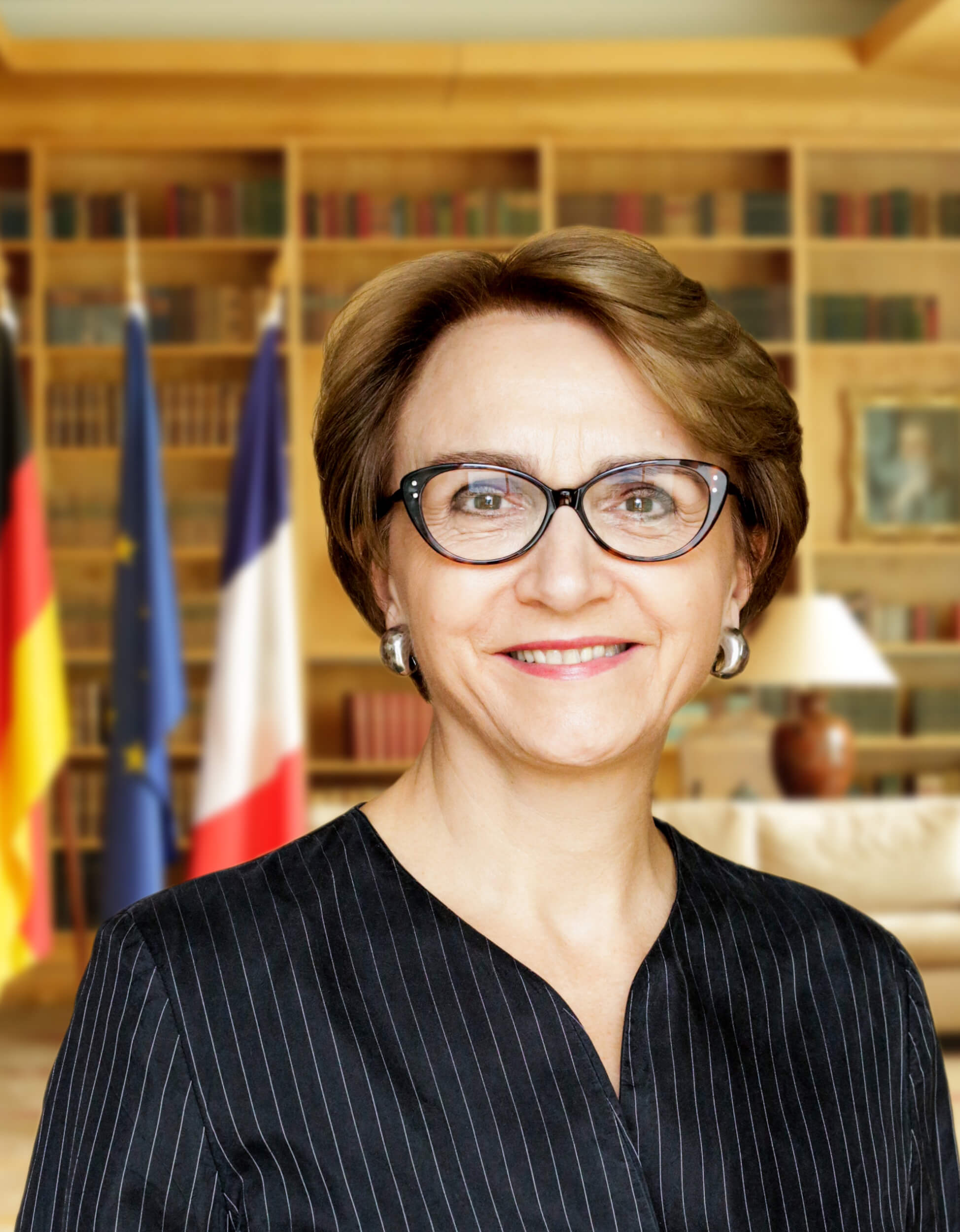 »#everynamecounts sets up an innovative tool to spread knowledge and heighten awareness and critical sense in an inventive way. Beyond historical commemorations, it participates in the building of a living and active memory which involves new generations and binds our democratic societies together.« 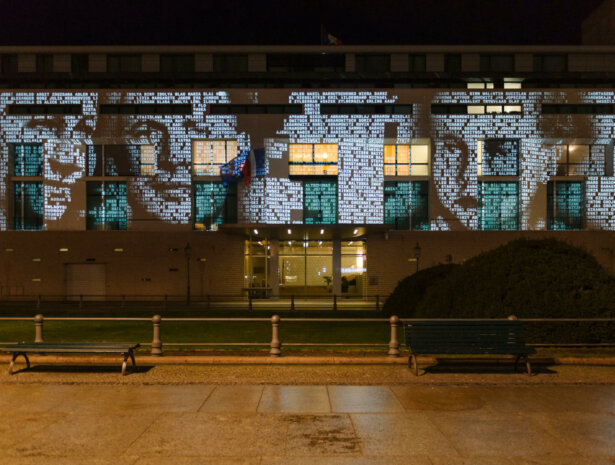 The people behind the names

The multi-media installation for #everynamecounts commemorates the victims of Nazi persecution and projects their names into the public consciousness. Behind every name is a face, a person, a story – a life. We would like to share some of these stories with you, and join with you in remembering that there is a person behind every name.

Find out more about their fates

The media artists from URBANSCREEN didn’t have an easy task. We asked them to visualize the #everynamecounts initiative and digital memorial to victims of the Nazis, depict the transition from the analog to the digital world, and bring the enormous mass of data in our archive to life. They approached the project with historical understanding and an unerring sense of how to bring the digital into public space.

In this interview Till Botterweck from URBANSCREEN talks about the work and about the challenges the media artists faced.

More videos about the project and its significance

URBANSCREEN is an internationally active production studio for media art based in Bremen. The artist collective has over ten years of experience in the implementation of complex media productions for museums, festivals, companies and agencies. The studio has illuminated the Sydney Opera House, the European Central Bank in Frankfurt and the Elbphilharmonie in Hamburg, among other projects: 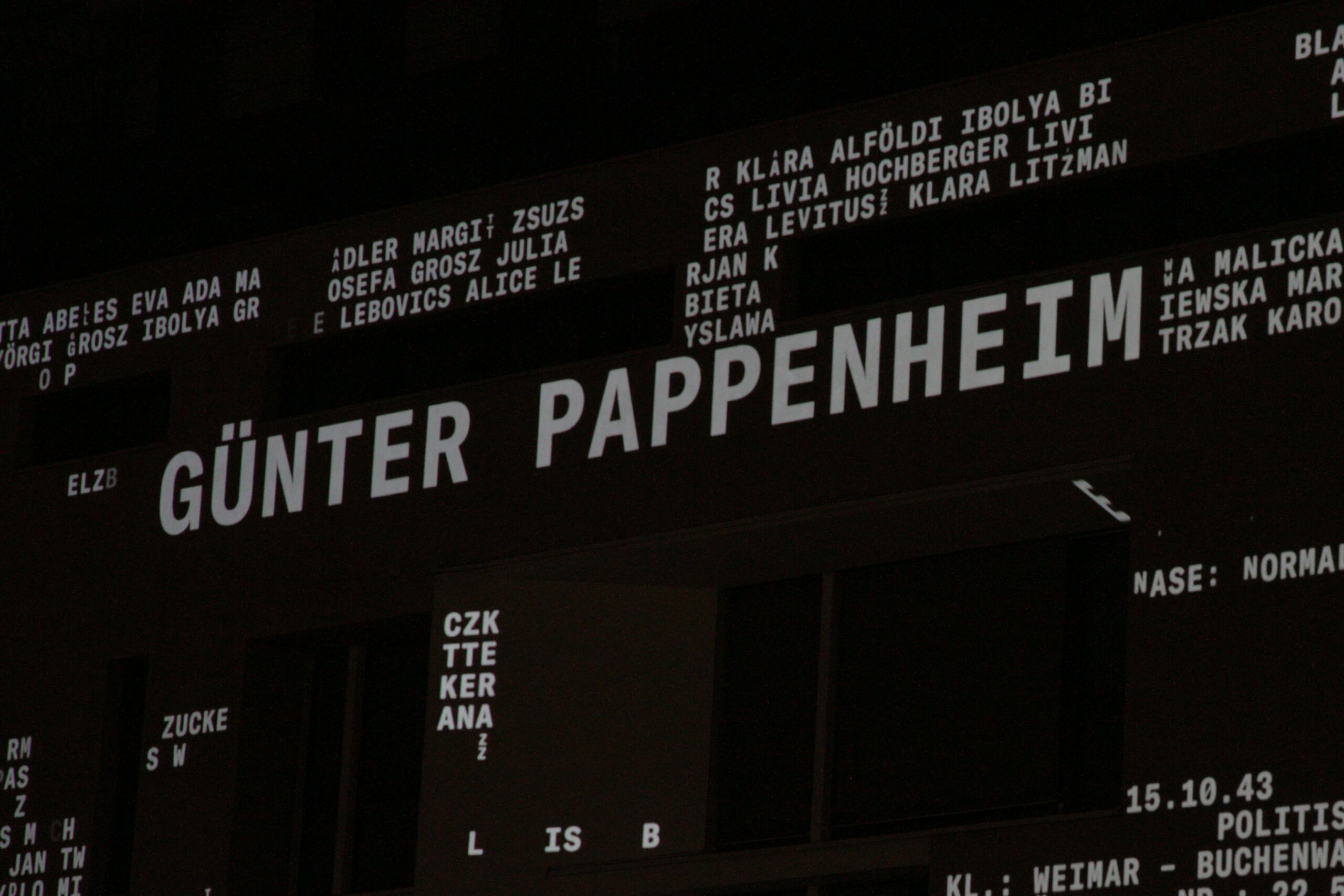 »It gave me great pleasure and satisfaction to hear about the #everynamecounts light projection that was shown on the facade of the French Embassy in Berlin and included my name. Thank you very much for this honor. I am amazed and extremely impressed by the artistry. I thank everyone who helped realise this excellent idea.«

Premiere to kick off German-French Week

The French Embassy in Berlin supports us as a partner and hosted the multi-media presentation. The embassy building, which was designed by the famous architect Christian de Portzamparc, offers ideal technical and aesthetic conditions for the installation. Thanks to its central location, it brought our efforts to create a digital memorial to the victims of National Socialism right to the heart of Berlin.

This video shows the setup for the premiere.

The media installation premiered at the start of German-French Week, on the eve of the 58th anniversary of the Élysée Treaty. Signed 18 years after the end of World War II, this treaty marked the beginning of German-French friendship and heralded a modern and peaceful Europe.

The premiere of the installation on January 21, 2021 was attended by Minister of State Monika Grütters, who sponsors the #everynamecounts project, and Ambassador Michaela Küchler from the Federal Foreign Office. Together with French Ambassador Anne-Marie Descôtes and our Director Floriane Azoulay, they led by example after the premiere and used computers inside the embassy building to transcribe names and biographical data from concentration camp documents for the project.

Read all news about #everynamecounts

Press coverage of the media installation